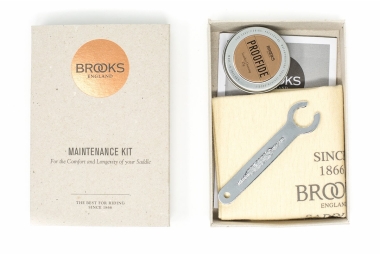 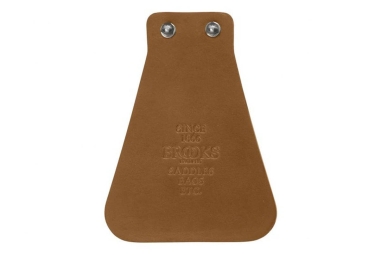 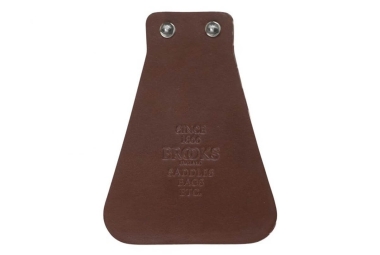 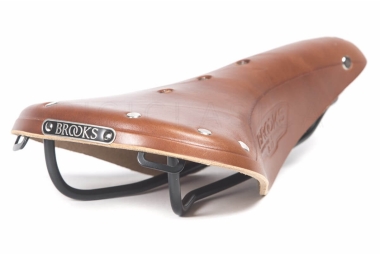 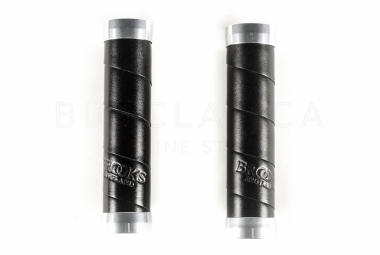 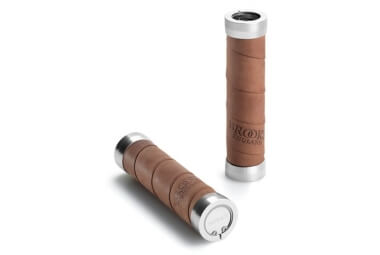 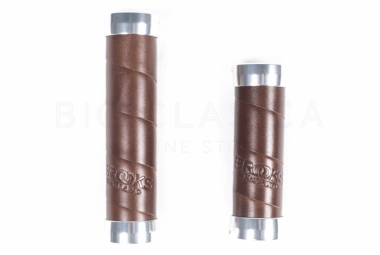 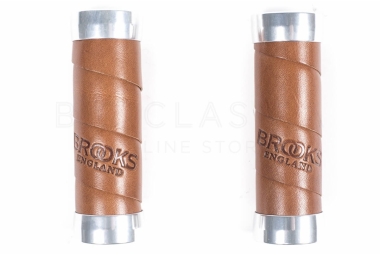 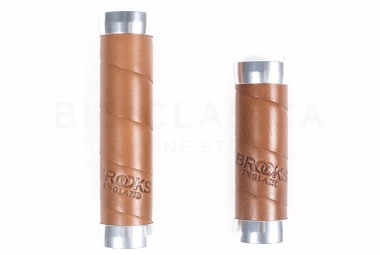 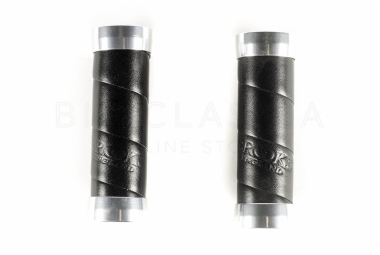 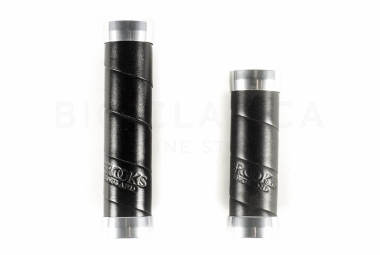 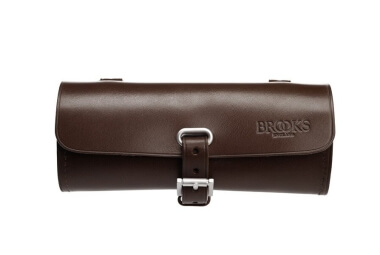 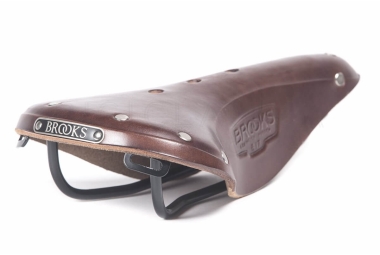 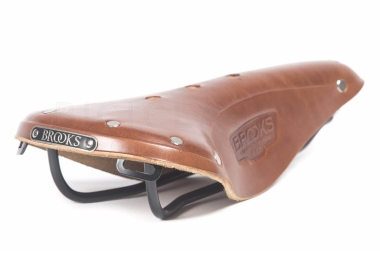 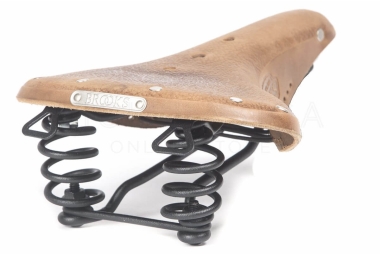 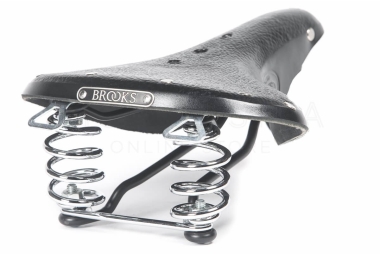 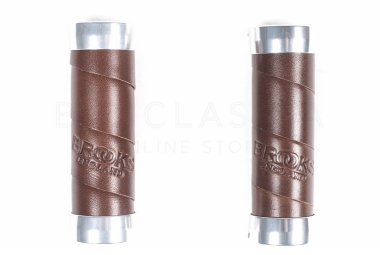 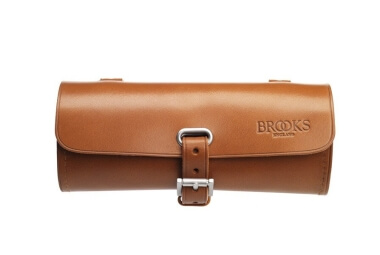 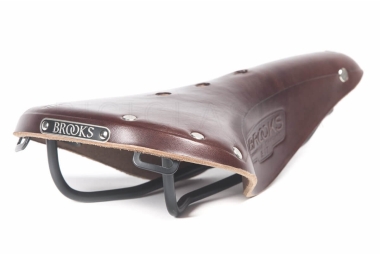 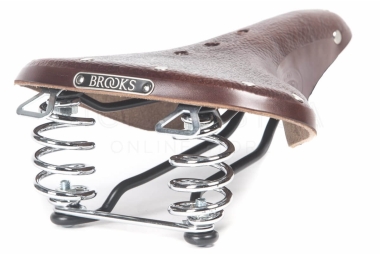 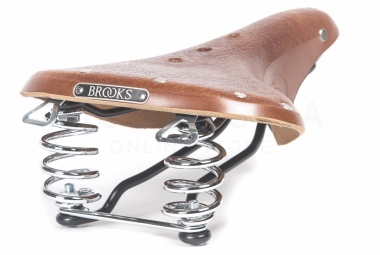 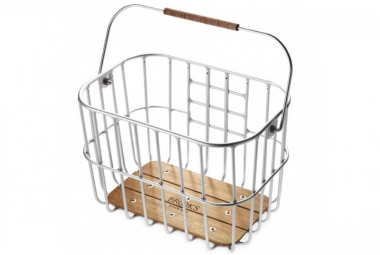 The best Brooks offers are always available at Biciclasica.com, original leather saddles with the best prices, Buying a Brooks leather saddle is always a good choice, but it is important to know all the options that the English leather saddle manufacturer offers in its catalog as it has multiple options ideal for each type of cyclist and for each use, it is also very important to know the correct maintenance and care of a Brooks saddle to ensure its durability and comfort in the long term.

Brooks England LTD is an English brand of saddles created by John Boultbee in Birmingham in 1866 under the name of JB Brooks & Co then manufacturing horse harnesses and leather goods, when his horse died he got the inspiration, thanks to a borrowed bicycle and how uncomfortable he found the saddle he set to work to find a comfortable bicycle saddle.

The Brooks B17 model is one of the most legendary saddles, more than 100 years of manufacture maintaining the same model guarantee the best choice of this leather bike saddle, very simple to manufacture, with 2 steel rails and leather tensioned is a very comfortable saddle for both urban bikes and road bikes

Based on the original Brooks B17 model there are a multitude of variables, such as the B17 Narrow with a more stylized shape ideal for a more aggressive riding posture and leaning forward, the Brooks B17 Imperial with a more vintage cut, or the B17 Special or B17 Titanium versions, both with improvements in both studs and rails, there are also other finishes such as the Aged, which have the skin already worn for comfort from the beginning.

Brooks also manufactures special and limited series of retro style leather saddles, such as the B17 Select Word Traveler with original drawings on the leather, or the B17 Champion Sprinter or the Brooks Team Pro Eroica California, a limited edition of 1000 saddles with the logo of the Eroica of Paso Robles, or other Original Saddles such as the Team Pro Alpe d'Huez in honor of the golden age of cycling and the mythical Tour de France, even limited editions have been made with brands such as Vans.

Other legendary Brooks England leather road saddles are the B15, patented in 1937 were saddles designed for more sporty use in bicycle racing also known with Brooks Swallow are one of the most recognized racing bicycle saddles and used in Vintage Bicycles Vintage Vintage Bikes

If you want a vintage style commuelles saddle for your touring or dutch bike, without a doubt the leather spring saddles from Brooks are one of the best options on the market, both for its proven durability, comfort and for its indisputable retro style, Brooks has many leather saddles with spring structure, some of the most common are:

Brooks B67, one of the best selling Brooks saddles, highly recommended for city bikes to carry a comfortable and relaxed ride with a straight back, the weight rests on the back of the saddle that has a structure of steel springs that allow a comfortable and cushioned ride, in this case in Brooks B67 has a structure of 2 rails, the B66 is the same but with 4 rails that are fixed to the double-rail nut.

Having a Brooks leather saddle is a long-term investment, a companion for your bike that will accompany you for many kilometers, but it is important to take into account the aspects related to the care of the saddle, and the correct adaptation of the same to our physiognomy using correctly the wax to soften it

The Brooks saddle wax is undoubtedly the best product to achieve the process of "break in" or "break" of the skin as they call, it is to "break" the rigidity of the leather to adapt to our body, for this we recommend pouring a small amount of Brooks grease (do not use another) on top, spread it gently over the entire surface and wait for it to dry, then polish it with a cloth, this process must be repeated at first for several times, until you notice that the leather has enough flexibility.

We also recommend without a doubt the Brooks Maintenance Kit that contains all the necessary elements for its care.

This process has to be repeated every 3 or 6 months, but it also depends on the humidity of the environment in which we are, because in humid cities it is possible that the saddle does not need to be softened in any way, if you do not use mudguards and to improve the conservation it is advisable to use wax also on the lower part, over time we can adjust the tension of the saddle with the front screw

The manufacturer Brooks England also has a wide range of tool bags such as the Challenge Tool Bag or the D-Shaped Tool bad, ideal as a retro leather accessory for your Vintage bike, other models such as the Tool Roll are very comfortable and elegant, also Brooks has high quality backpacks and saddlebags such as the Brick Lane Panniers, or the Hackney Back pack and many others. 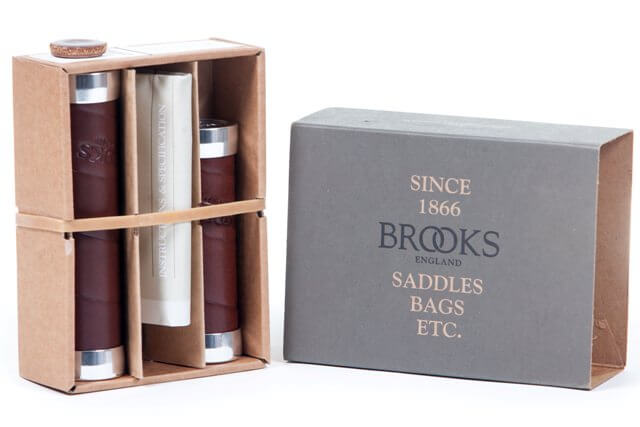